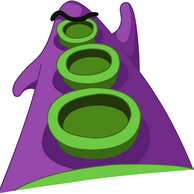 To connect to a SAP instance for sending/receiving data you have various options:

All of these options have advantages and disadvantages:

After I’ve impoerted the code (via SAPLINK), enabled the service in SICF, created the authorization object I was able to use the Function Module outside of the SAP server via HTTPS.

The project I am creating is written in Java and I used the great library Retrofit to consume the webservices. After just a few minutes I was able to consume the Function Module from our SAP server via Java without any overhead (librfc/SOAP generated classes).

If you want to know how much custom code lines you SAP system has, you can simply use the transaction /SDF/CD_CCA (or report /SDF/CD_CUSTOM_CODE_CONN_GUI) and choose SAP Clone Finder. When you ...